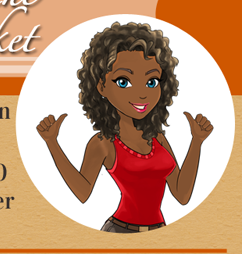 The Natural Hair Revolution Will Not Be Televised

Big chops-twist tops-fresh locs—whether it’s coily, curly, or kinky, there’s much fascination as of late with black women and the versatility of their natural hair. What used to be taboo is now a hot topic of conversation on daytime talk shows, fashion runways, print ads, and various online media outlets. But how did it all begin, and what’s the big deal anyway? Is the natural hair care trend a fad or here to stay?

Several top market research and hair care companies have spearheaded studies that attempt to measure the popularity of natural hair. According to a study conducted by Design Essentials, about one in every four women have kicked the “creamy crack” habit and officially gone ‘au naturale.’ By 2011 this number had jumped to over a third (36%), and Mintel Oxygen, a British market research company, determined that the overall sale of hair relaxers plunged a whopping 17 percent during the past year alone. To the world of market research, it’s a bunch of numbers and rising statistics. To the “outside” world, it’s considered some sort of movement or perhaps a political statement, but to the average black woman who makes the decision to go natural, it’s simply a matter of choice in her own personal beauty revolution.

Until recently, there were limited products available that were specifically created to care for African-American natural hair. Nowadays, access to the Internet makes it easier for natural hair beauties (affectionately known as ‘naturalistas’) to explore not only styling options and suitable products, but also to view step-by-step demonstrations on how to use those products. Online searches in categories for natural hairstyles, natural hair products, and natural hair care is rising at a breakneck clip. Google shows a surge in growth for online searches of  “short, natural hair” by a staggering 180 percent as the quest from women who initially did the “big chop” looking to rid their hair of all traces of chemicals and start all over, begin to grow their natural hair out.

When Celebrities Make Natural Hair Waves the Ripples Are Infectious

When well-known entertainers like Jill Scott and Solange Knowles sport a short, natural hairdo, it definitely becomes newsworthy. Actress Viola Davis made waves by appearing at the Oscars wearing a gorgeous Vera Wang gown and an equally gorgeous reddish-brown, short afro. Just as much emphasis was placed on her hairstyle as on her Oscar nomination. She was quoted as saying she “felt like every time I put on a wig I was apologizing for who I was, being a dark-skinned woman with very curly hair. I felt like I was hiding it.” Fortunately, she realized that she owes no apology for embracing her authentic self. Yet the ones who should be apologizing tend to brush the subject under the rug in hopes that no one notices how long they have virtually ignored the needs of black women and their natural hair, a formidable force in the estimated $684 million dollar black hair care market.

YouTube channels are rapidly replacing the enticement of traditional commercialized advertising, many from companies who don’t even understand or appreciate the distinguished beauty of natural, black hair. L’oreal, who in 2007, was convicted of refusing to hire women of color as models in France, now caters to the natural hair market. They have since added a line of products to their Mizani brand called True Textures, in a redemptive attempt to protect themselves from the previous lack of recognition.

Mintel expects that the natural hair movement will continue to decrease the sale of hair relaxers by as much as 67% by 2016, so hair care companies that have traditionally only marketed conventional products catering to women with relaxed hair are suddenly scrambling to preserve their bottom line and capitalize on the momentum of the rapidly growing natural hair market.

Like fashion statements and specialty foods, most trends have a tendency to come and go, and once they’re gone they are typically long forgotten. Although considered a growing trend, natural hair is certainly nothing new. Women who wore their hair natural before it was popular are finding that what had long been a personal style preference for them is something now admired by others. All of a sudden their hairstyle is “acceptable” and adored by the mainstream, and many women are wondering when the rules suddenly changed and who changed them? The United States is not alone in guiding this trend. The natural hair movement has created a buzz across multiple continents and has even spread throughout Australia.

Akin to the civil rights movement and the women’s liberation movement that support each respective minority, the “natural hair movement” is gaining momentum which, unlike many of your usual trends, will remain in tact for years to come and only continue to rise. Natural hair has been, natural hair is, and while many trends will fade, natural hair will remain. The only thing that’s changing is how natural hair is perceived and in many cases how well it’s received.