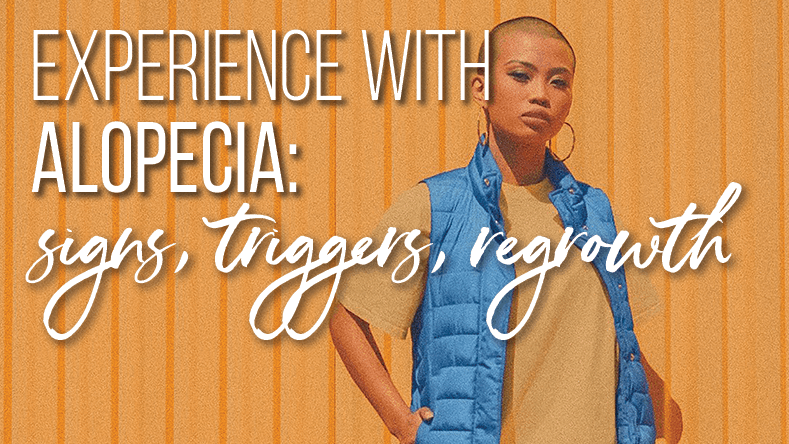 It started with just a small patch. I was immediately concerned but I’ll admit I didn’t take action immediately. Instead I decided to observe it for a little while to see if the little bald patch got any bigger.

It didn’t, but then I noticed another one pop up. Ok, now there’s two little bald patches on my scalp and I have no idea why or what caused them.

I assumed that maybe I was doing my hair too much. Even though I only style it once a week and let that style stand all week long. But the common wisdom in the natural hair community is that too much manipulation is a bad thing. So I put my hair in braids and let it “rest” for a couple of months.

What happened next was devastating.

When I removed the braids, a huge afro puff’s worth of hair came out!

And I’m not exaggerating one bit.

I had shed so much hair that I could’ve literally bundled it up and made an afro puff ponytail, like the ones you buy at cheap beauty supply stores.

And thus began my quest to find answers…

Hair is often thought of as a woman’s crowning glory. Aside from her face, her hair is the most visible part of her body. Most women put great amounts of effort into their hair. While going completely bald is socially accepted among men, there is still quite a bit of stigma associated with women who are bald or have short hair as if they are lacking somehow.

So it’s no wonder that feelings of anxiety are common when alopecia starts.

Contrary to popular belief, hair does not grow all at the same time. We see our scalp full of hair and think that all of our hair is growing. But the truth is different. Hair grows, rests for sometime, and then falls and a new hair takes its place to grow. At any point of time about ninety percent of our hair is growing and the ten percent is either ready to fall or is falling.

When we shampoo our hair, this falling hair sheds itself. Everyday we lose about 50 – 100 strands of hair., which is perfectly normal. The best person to tell you if you might be facing hair loss is your hair stylist. Get your scalp examined and find out if hair is thinning from any place or a patch is forming.

In the past few decades though, hair loss in women has become a growing problem. More and more women are experiencing thinning hair. There are a number of reasons for this hair loss. It could be because of hormonal imbalance, or hair loss as an after effect of surgery or pregnancy.

Taking specific medications such as birth control pills, blood thinners, or anti fungal medication can also cause hair loss in women. Women who have had chemotherapy treatment experience hair loss too. And these are just a few of the many causes.

In society, hair is very important because it has been used to denote a person’s health, age, virility, and social status. Throughout the ages, it has played an important role in the lives of people — from the lowly peasant, to the middle class, to men and women of royalty.

During the pre-modern era, each social class had its own particular hairstyle. One’s hairstyle could lead to rejection or acceptance in certain groups or social classes. It could enhance a person’s appearance, self-confidence, and even contribute to career advancement.

Given the weight of importance on hair, many people have developed a fear of losing hair, myself included truth be told.

Normal hair grows in cycles and consists of three stages: growing, resting, and falling. Thinning of hair may lead to a patch or bald spot on the scalp.  Hair loss that involves the shedding of more than 100 strands a day may be considered a serious hair problem.

There are different types of hair loss:

Alopecia Areata – This refers to a loss of hair that results in a patch or bald spot.

Alopecia aerata is an autoimmune disease. In this disease the body attacks the hair follicles and kills them. The body begins to think that hair follicles are foreign objects and wants to remove them. Why it does that is still a mystery.

Nobody can predict how you will lose hair and whether or not it will grow back again. If you have a family member who suffers from a autoimmune disease such as Atopic dermatitis, hay fever etc. your probability of getting alopecia areata increases. There is no way to stop this hair loss. Only treatment can be done to get the hair back sooner.

Androgenetic Alopecia – It is the most common cause of hair loss in both men and women. It is caused by a combination of four factors: age, testosterone, hormone levels, and heredity.

Excessive hairstyling – Hairstyling like tight ponytails or braiding can stretch the hair and pull them out from the follicles.

Traction alopecia – is caused by chronic traction (pulling) on the hair follicle. Traction alopecia mostly occurs in African-American women and men who braid their hair too tightly. It is also common in other ethnic groups known for traditional hair styles that involve pulling the hair.

Men who attach hairpieces to their existing hair also suffer from this type of hair loss. The traction alopecia in such cases can also lead to permanent hair loss if the hairpiece is attached in the same location over a long period of time.

For those who wear dreadlocks, if you’re starting to experience hair thinning and hair loss you may have to alter your hairstyle. I know this is tough news, especially if you’ve been cultivating your locs for years. But it may be your only choice because you have to stop the tension that’s causing the weakness.

Traction and friction related to certain hairstyles, combing/brushing hair too vigorously or tugging at it over time can cause traction alopecia. Persistent gentle pulling is typically painless and may go unnoticed until bald spots or alopecia starts to appear. Any of the following can cause stress and tension to your hair:

– Hair weaves or wigs attached with glue, clips, or tape

– Frequent use of hair pins, hair bands, and clips (especially day after day in the same hairstyle)

– Tight headgear worn frequently or for long stretches of time that tend to rub or pull repeatedly on the same area of hair (e.g. cycling helmets)

– Repeated use of hair rollers

Traction alopecia also occurs more often in preteens, teenagers, young adults then it does in older men and women.

The over use of hair style aids such as sponge hair rollers or curling irons may also promote traction alopecia. Traction alopecia often shows as distinct patches of hair loss in those areas where the hair and hair follicles have been put under excessive strain.

An effective treatment is to simply avoid hair styling that puts excessive strain on the hair. Even with removal of the cause of traction alopecia it may take up to three months for the hair to recover. Areas of scalp subjected to chronic traction alopecia may never fully recover.

Traction alopecia is generally a non-scarring, non-inflammatory form of hair loss although long term use of hair styles involving traction over 3 or more years may result in a mild immune cell infiltrate and irreversible scarring damage to some hair follicles.

There are various medications available for female hair loss. Homeopathic, ayurvedic, allopathic medication can be bought from stores. There are many homemade remedies, which would help in gaining hair and also thicken hair.

While going for a treatment or hair restoration surgery be sure to seek proper professional advise. Consultation with dermatologists would help in determining the root cause of your hair loss. In fact, around 25 million American females are affected with this type of hair loss.

As a female grew old, the intensity and level of a hormone called estrogen drops in her body. The estrogens blocks the steroid hormone pre menopause, which results in low level of DHT. Post menopause the level of DHT in females rises and some time it is so high that it causes hair problems.

Amongst commonly occurring post menopause hair problems are decline in hair growth, thinning of hair and general effluvium. As a female enters into her 80’s, the follicle shrinks completely and hair growth stops.

The very reason of hair problems in women after post menopause is the reduction of estrogen in the body. The different estrogen opposes androgens and makes themselves unavailable for the cells, by blocking androgen receptors.

Opposing estrogens reduces heavily at onset of menopause but androgens remain available to the hair follicle and stem cell that is converted to DHT.

Once you understand what is happening to your hair, you can seek out the right hair loss solution. In most cases, if the cause is temporary, then it will resolved with the right actions to remedy the condition.

The good news is that the tides of social perception are changing. Recently, a young girl with alopecia areata experienced a heartwarming comfort when she won “crazy hair day” at her school even though she had no hair.

Her and her mom’s creative spin on the school’s themed fun day brought a smile to everyone’s face and earned her top prize. You can check out the article here.

In my case, I was never officially diagnosed with alopecia. But after a bit of research and connecting it with other symptoms I’d been experiencing but didn’t give much thought to, I realized that my anemia had long gone unchecked for far too long and was starting to demand attention from me. Hair loss being one of the symptoms of severe anemia. So I got serious and started taking blood iron pills. 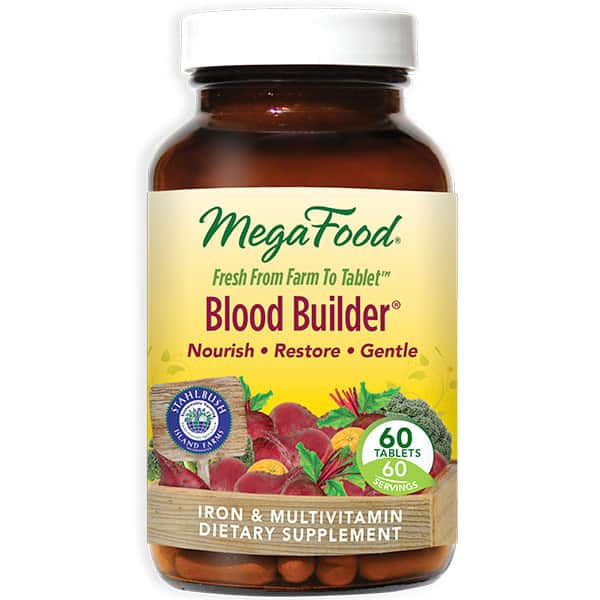 I had pushed off taking iron pills for years because I didn’t want the uncomfortable side effects of constipation that they bring on. But I finally came across a brand that didn’t cause constipation and weren’t big horse pills either — two major considerations that were important to me.

Since then, the hair loss has fallen back into normal range (50 – 100 strands per day is normal) and it’s begun to thicken up again.

Although I’m still guilty of wanting long tresses and mine doesn’t seem to want to grow past a certain length, at least it’s not falling out in clumps anymore. So I’ll take the small wins as they come.

If you’re experiencing hair loss, seek the professional help of a licensed dermatologist for a complete diagnosis and treatment plan, rule out any nutritional deficiencies or underlying health conditions. Some telltale signs to watch out for include:

– You are already losing hair rapidly even if you are only in your early twenties or in your teenage years.

– You are experiencing pain or intense itching.

– The skin on your scalp appears to be red or scaly.

– You are experiencing weight gain, fatigue, and intolerance for cold temperature.

– Once armed with the facts, you can determine a method of treatment best suited to your condition. 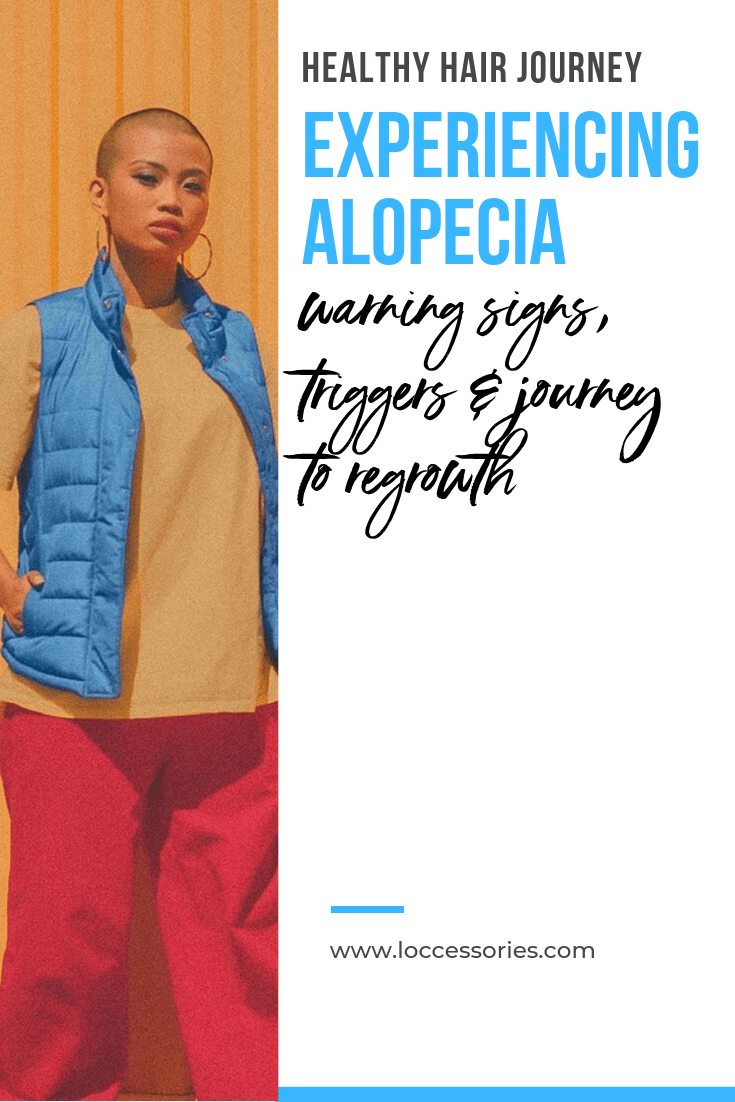