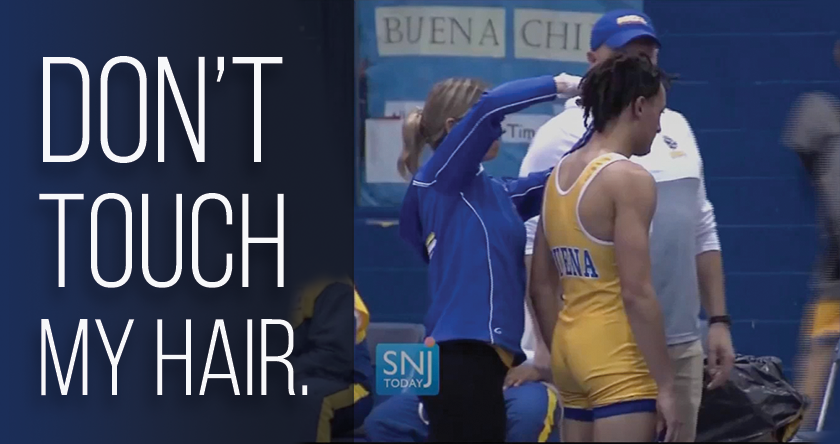 Dear ‘woke’ White people, here’s what you need to know about cutting a black man’s hair…and other cultural insults you didn’t realize you were making.

A young man was publicly humiliated, dehumanized and discriminated against while an auditorium full of adults and his peers watched and to say that I am deeply saddened is a serious understatement.

Yet again, we have an instance where a person of color is openly discriminated against while folks stand by watching.

By now, you’ve heard of the story that went viral about the young wrestler who was forced to cut his dreadlocks or risk forfeiting a match for his high school team.

With 90 seconds to decide whether or not to acquiesce to this ultimatum, Andrew Johnson of New Jersey’s Buena Regional High School allowed his dreadlocks to be cut rather than forfeit the match.

The impromptu sheering performed on the black varsity wrestler by order of (white) referee Alan Maloney was captured on a video and has been viewed more than 14.5 million times.

Bu why? Well, there are just so many reasons why this is wrong.

Now, as someone who wore dreadlocks for over 11 years and the owner of Loccessories, a brand created to meet the needs of loc’d individuals, I can deeply empathize with the obviously distraught look on the young man’s face. I can only imagine what he must’ve felt.

Because I can imagine what I would’ve felt.

I too, have been discriminated against for my hair choices. Early on in my career I lost job opportunities because I chose to wear my hair in it’s natural state rather than chemically straighten it to conform to the societal norms of the day.

Natural, afro-textured hair was not yet a popular style choice nor was it so visibly present mainstream fashion as we see today. So I dealt with it by pursuing careers where creative freedoms were more acceptable. But I shouldn’t have had to choose.

And neither should Andrew.

The decision to cultivate dreadlocks is not one choses lightly. Faux locs and current fashion trends aside, growing dreadlocks is a journey of patience, of self discovery and of personal acceptance.

It says a lot about a person who is strong enough in their convictions to wear a hairstyle that  is not widely acceptable and largely misunderstood accordingly to popular societal norms.

Many people still have misguided information and have formed small-minded opinions about dreadlock wearers out of ignorance. They have not taken the time to understand its significance and their chosen ignorance leaves room for incidences such as the one Andrew Johnson recently faced. 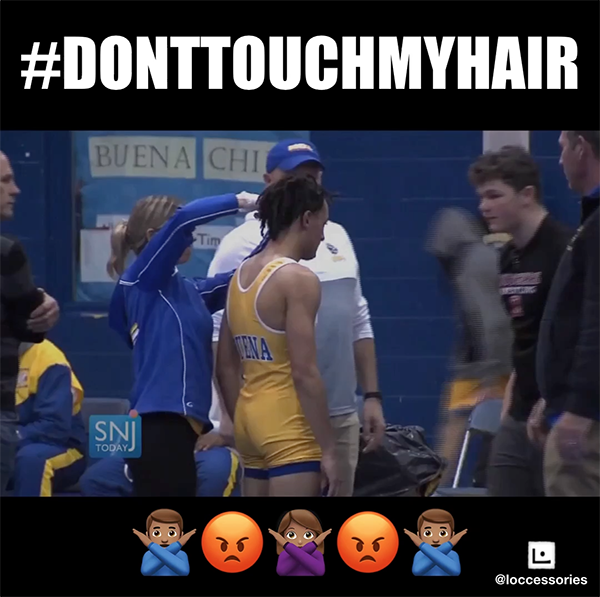 How Dreadlocks Are Formed On Textured Hair

In an attempt to foster some understanding. Here’s a brief look at the dreadlocking process:

Step 1) Allow your hair to grow out, preferably 1 inch or longer.

Step 2) Section your hair into diagonal or square parts creating a uniform pattern that covers the entire head. It is at this point that you decide on the thickness of the mature dreadlock, which is determined by the size of these parts in this initial pattern.

Step 3) Once you have sectioned the hair, the locs can be formed using several methods. The most common for textured hair include palm-rolling, interlocking, starter braids, double-strand twists, and single-strand coils. Backcombing is an additional method, although normally used on finer hair textures.

Step 4) Allow time for the dreadlocks to matte and lock. This process happens over the lifetime of the loc and each dreadlock becomes more compact as they mature.

Step 5) On a regular basis, which can range from monthly to quarterly to not at all (for freeform lockers), you will repeat the maintenance process of choice mentioned in step three. This is the process of capturing new growth and loose hairs and coaxing them into the existing loc to continue its formation.

Dreadlocks Are Not Braids

So, as you can see, cultivating dreadlocks is not a fly-by-night process. To achieve any sort of length with your locs takes a lot of time, years in fact. And to have them haphazardly chopped off by someone with no regard for personal identity choices, boundaries or civil rights is a major insult.

The fact that this happened to a child whilst surrounded by a gym full of adults entrusted to hold moral and ethical high ground is all the more egregious.

How would you feel if while entrusted in the care of school officials, your child was harassed, manipulated and disrespected by the very people who are supposed to look out for his/her best interests while on school grounds and during school activities?

It’s one of the worst kinds of insult because the abuse of power leaves you feeling not only disrespected but dehumanized.

Like your life doesn’t matter. Like you’re body is not your own. Because someone else has no respect for, nor understanding of your God-given attributes, they are able to treat you like an animal subject to their amusement rather than the human being that you are.

In Chinese history, there existed a form of torture called Lingchi. It was used to punish people for severe crimes such as treason well up until the early 1900’s when it was officially banned.

Loosely translated, Litchi is an execution process that subjects the person to a slow, lingering death by slicing bits and pieces of their body until they die. Hence the term, death by 1000 cuts.

This means of torture was usually performed in a public place. So not only was it a slow, agonizing death, it was intended to humiliate as well.

You see where I’m going with this right?

The history of African-Americans can be likened to this slow death. The 1000 cuts represents the never-ending micro insults we face just trying to navigate an existence in this society.

Those micro-insults (ex. sitting in the front row of your college classes yet never being called on by your professor when you raise your hand) and micro-aggressions (ex. being passed over for a promotion you were more than qualified for only to be given the task of training your new boss after you’ve served as a temporary holder of that position for three months or longer) often read like a sick, twisted, torturous novel.

We don’t even need to explore that macros. You can read those in the news on an almost routine basis when police officers clearly caught on tape murdering unarmed black men receive no legal repercussions for their actions.

Where a simple statement of “feeling threatened” or “fearing for one’s life” when confronted with a black manchild holding a pack of Skittles comes within your purview releases you of all legal consequences by your peers. When your personal feelings of insecurity and inferiority trump another person’s whole life. It has to stop.

And while Andrew Johnson’s story is not a new story in that people of color have been dealing with this for generations. I am still left to wonder when will it stop?

When can people of color (black people in particular) be free to live their lives, achieve their goals and reach their best potential without this constant and persistent burden saddled around their necks? This persistent  unspoken expectation/responsibility to make white people feel ‘comfortable’ around them.

Why does my appearance make you so uncomfortable in their first place?

I think that says more about you than it does about me.

And if it’s you that is uncomfortable, it’s not my responsibility to make you comfortable.

That is your work, my friend.

And while you’re over there working on that, I’ll be over here living my best life.

Why Is Hair Such A Big Deal? A Case of History Repeating Itself

Tragically, this racial bias against afro-textured hair is not anything new. It is merely another instance of the many micro-aggressions people of color face in this society on a routine basis. One that is intent on degrading the God-given attributes of African ancestry in efforts to make another race superior.

Believe it or not, there once was time when it was legal to discriminate against certain hair textures (sound familiar?). There existed a “law” in colonial Louisiana which prohibited women of color from wearing their hair out in public places.

Black women were ordered to cover their hair because it was seen as a threat to the European beauty standard. Although it was not an official law, the governor established this guideline which was part of the ‘Edict of Good Government’, punishable to the full degree of a law. It was called the Tignon Law.

“The distinction which exists in the hairdressing of the colored people, from the others, is necessary for same to subsist, and order the quadroon and negro women, wear feathers, nor curls in their hair, combing same flat or covering it with a handkerchief if it is combed high as was formerly the custom,” a section of the edict reads. [source]

However, this rule is known to have backfired as the black women made quite a show with the pieces they used to cover their hair.

This clearly shows that natural hair was often stigmatized as ‘not presentable’ or ‘acceptable’ to Caucasians and this message has been transferred from generation to generation both directly and indirectly.

And you will see that the same type of discrimination against afro-textured hair playing out in our society today.

Here are some questions schools officials can ask themselves going forward to avoid public relations nightmares and faux pas such as this.

Of course, this is just a start. We clearly still have a lot of work to do. But I think the first step is to speak up when these instances are in play. In this case, the parents and coaches at the wrestling match that day failed Andrew Johnson, but fortunately, social media did not.

I love My Hair T-shirt